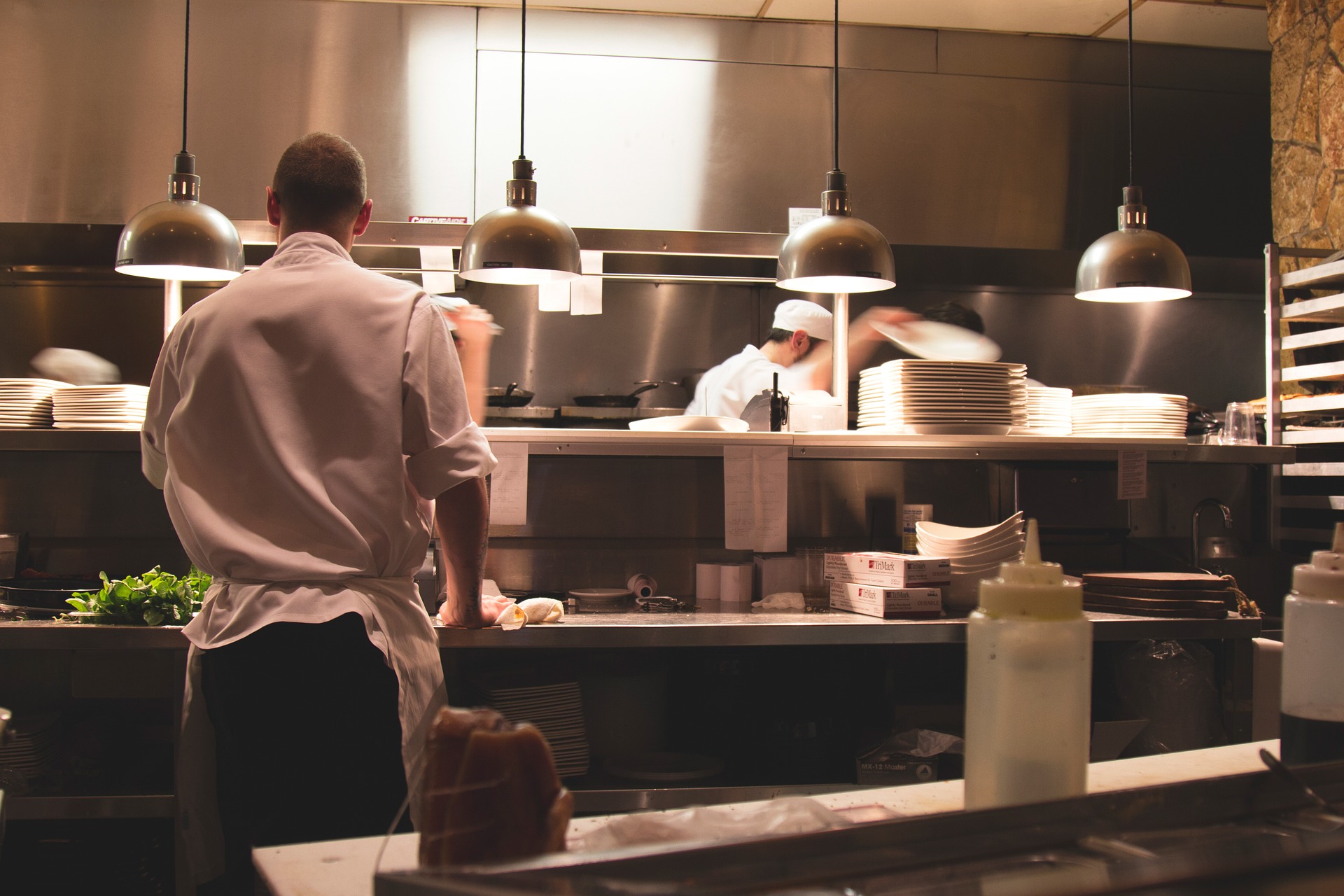 When Rusty Schwartz and Alberto Solis met the owner of Anna’s Danish Cookies, they knew their vision had found a home. Since meeting over a shared interest in cycling, Rusty and Alberto had come together to launch a commercial kitchen and food start-up incubator to fill in the gap faced by producers who had outgrown smaller facilities. Alberto’s career had been managing food brands – many of them imports from Spain. Serial entrepreneur Rusty had just sold his latest venture and was spending, “a lot of time at Berkeley’s three farmer’s markets, learning about food.”

Rusty and Alberto found Anna’s 11,000 sq. ft building perfect for proving the concept. It had been a food facility, so much of the necessary infrastructure was already in place, saving a lot of money on the build-out. They bought the company, re-negotiated the lease, and then proceeded to build out KitchenTown.

Since that deal, the pair has acquired another 3,500 sq. ft. in other buildings on the same block, a specialty space for non-cooking operations, such as grocery delivery, almond milk, probiotics, and energy bar production. In addition, Rusty and Alberto, still own Anna’s Cookie Co. and still employ all of the original employees.

Coming across the perfect building was a boon to KitchenTown, but it didn’t mean a cost-free venture. Rusty says that when starting a shared commercial kitchen, “build-out costs are high and so is equipment, so it is an expensive venture to start.” Though the building probably saved the duo a million dollars, they still spent that much rehabilitating the space and investing in equipment. On top of that, KitchenTown has extensive liability insurance, something all producers in the facility are required to have as well.

Part of minimizing costs is minimizing the impact on the facility, which KitchenTown does through training during onboarding of new producers, as well as continued maintenance by paid staff. Because KitchenTown’s bread and butter is bread and butter, the business is risky and complex. KitchenTown establishes clear food safety practices from the outset because, as Rusty notes, “You’ve got to really watch it. Some food start-ups are founded by entrepreneurs with little to no culinary background, and they, in turn, may hire inexperienced employees.”Screen Shot 2016-04-27 at 8.11.45 PM

The California Department of Public Health licenses KitchenTown producers and inspections are frequent, keeping the KitchenTown staff and start-up companies on their toes. KitchenTown incubates 25-30 companies at any given time, each of which has three or more employees. For KitchenTown, the task of making sure everybody has proper certifications, food safety training, and good manufacturing practice is “complicated,” according to Rusty.

A recent survey revealed that shared commercial kitchen managers across the country agree, the top two concerns are cleanliness and facility maintenance. Though producers are required to clean prep areas at the end of a work shift, KitchenTown still needs a strong staff to keep the facility running smoothly. Alberto and Rusty’s team includes their Operations Director, Melanie Lai, two employees who maintain the facility, and an administrator. Rusty advises any commercial kitchen to have a similarly strong staff managing the facility.

To pay for it all, KitchenTown started with a simple rate plan that grew more sophisticated over time. Their flat hourly rate has grown into custom payment plans for each producer. As Rusty explains, “There are big differences between companies. We’ve had companies here with as many as forty-five employees and many with just one or two. Some companies just use a prep table, while others use giant production ovens for six hours straight. Warehousing can be a factor too. Some companies have many pallets of ingredients or finished goods coming and going and others far less.”

The significant difference in cost to the facility needed to be incorporated in the pricing structure.

In addition to maintaining the facility, producers are supported by a network of industry associates and contacts to assist with strategy, product development, packaging, nutrition labeling, regulatory compliance, and supply chain management. Word of mouth has ensured a long list of producers interested in working at KitchenTown.

That’s important because no producer should stay forever. The churn rate at KitchenTown is about 20%, and that’s a good thing; Rusty wants to see businesses succeed and outgrow the facility, hoping successful companies will only stay one to two years. Since opening its doors, KitchenTown has contributed to three such stories, with two companies moving on to co-manufacturers, and a third opening its own facility. Bridging that gap is an important part of the mission. But not every company succeeds. When a start-up begins to scale, they may encounter problems with their product, formulation, or distribution channel, or perhaps customers simply don’t find the product appealing, and “those problems can magnify very quickly here in this facility. Because of the ability to scale more quickly, some fail more quickly too,” notes Rusty.

While KitchenTown is sustainable, it is a complex business. Margins are tight, as with most food enterprises. But KitchenTown’s future is bright, especially as it looks toward a future in which the facility can incubate more companies.

At present, Rusty would like to focus on probiotics, products with less sugar, healthier products in general. As the venture continues, Rusty explains, and “we have fewer concerns about the financial viability of the company, we can be a little more selective about who we bring in to the program.” Likewise, Rusty looks forward to strengthening KitchenTown’s mentorship program and collaboration with other industry professionals.

How to Make The Perfect Italian Steak

4 Things You Require to Understand Before Obtaining...

Cooking Sprays | Are They Worth Considering?

Christmas Preparations: 3 Dishes You Can Make Ahead...